On a stop in the ‘Nothing Short Of Greatness’ Tour, Motivational Speaker Trent Shelton, NSOG founder Rondell Anderson, and others rocked Atlanta, GA. The event was held at Midtown Art Theatre. Empowerment filled the atmosphere as Shelton addressed the crowd, and the audience shared their insight and questions. The discourse was lively, engaging, and extremely motivational. Nothing Short Of Greatness held up to it’s name, by delivering greatness and beyond!
The event brought out the best members in the Atlanta community, highlighting and engaging more inspirational media outlets. Professional Speaker and Blogger Ashley Poptodorova set the stage for Trent by sharing a positive testimony. Breath Of Life Daily captured a bit of the event. 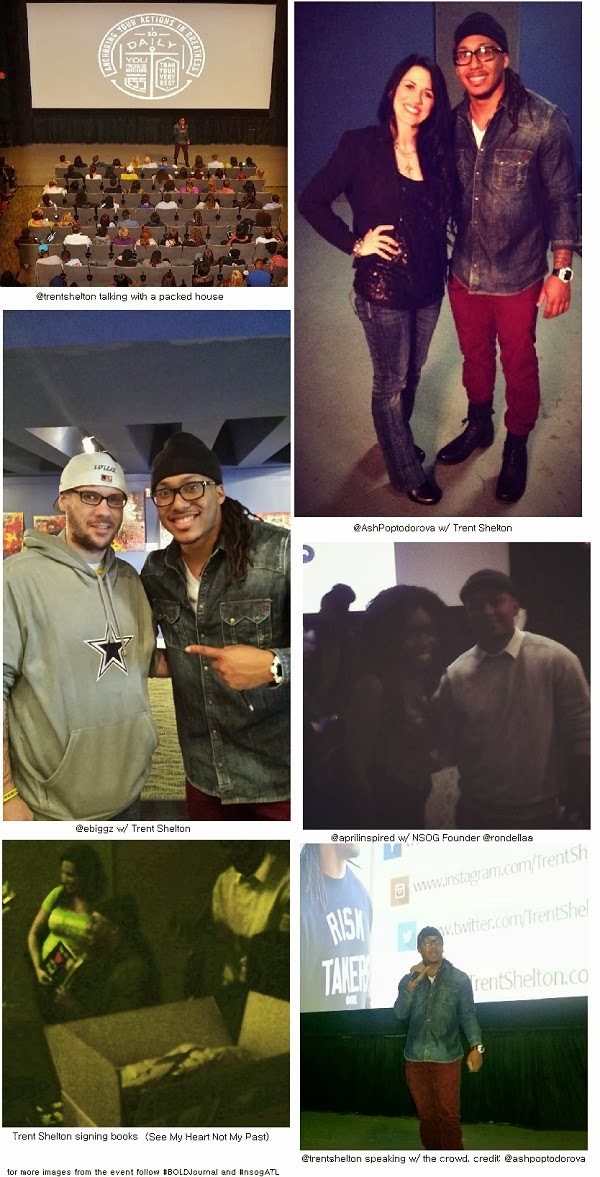 The next stop on the ‘Nothing Short Of Greatness’ Tour’ was Phoenix, Arizona. The complete list of event times and dates are posted at nsogreatness.ticketbud.com  For more updates and info about ‘Nothing Short Of Greatness’ connect with the founder Rondell Anderson on Twitter and Instagram:  @rondellaa. Follow the hashtag #nsogATL for more “touch down” times in Atlanta.

Check out Trent Shelton’s Interview with Clifton Davis on “Praise The Lord”. (below) 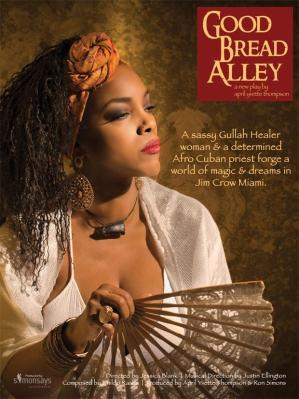 Good Bread Alley Created by Actor/Writer/Producer April Yvette Thompson Is an epic period play with Afro Cuban and Gullah music, dance and myth exploring the most fundamental truths about a mother’s love and the struggle to become better than what was promised.

The Team behind the production recently launched a KickStarter campaign to back funding. Below are some links to the campaign video, words from the playwright as well as a fantastic article on IndieWire about the work of the producers, SimonSays Entertainment.  The goal is to have supporters of the arts be a part of making the magic that is Good Bread.

How Does the Good Bread Alley KickStarter Work? http://kck.st/OaeuLq

Who is SimonSays Entertaiment and Why Are They Producing Good Bread Alley? http://blogs.indiewire.com/shadowandact/simonsays-entertainment-the-enterprising-artists-who-would-become-discerning-producers

Find out more about the project by connecting with Good Bread Alley on Twitter and Instagram: @GoodBreadAlley

African-Americans have 1,038 Billion dollars worth of buying power 12 Years A Slave pulled the same ROI as The Hunger Games with a significantly smaller budget, and Black Film Festivals are on the rise, so what’s going on? Will we keep up the good trend? A new Info-graphic created by the New York Film Academy has nearly everything we could ever love to know about the progress and status of black people in the film industry.

The graphic includes a timeline of success and innovation in black film, as well as many ways African-Americans lag behind in media. Last year was really good for Black Hollywood, but are our stories being handled correctly? Producer Will Packer had some “Powerful” advice regarding that front as listed in the graphic:

“It’s imperative that the next generation of young black film makers realize that their power is in their unique perspectives, unique skill sets, and unique stories. Standing out is a good thing in Hollywood.”

That is highly agreed, director Malcolm D. Lee also advised quite simply to “Just keep making quality movies.” How far have we come and How far do we intend to go? The info-graphic definitely stands as a good compass and resource. Check it out for yourself (below): 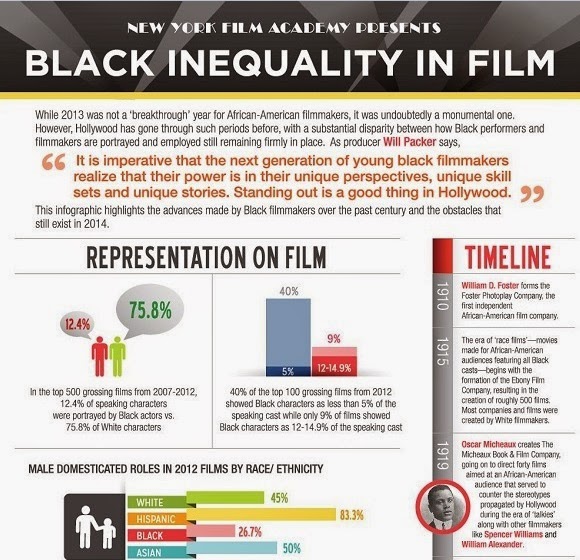 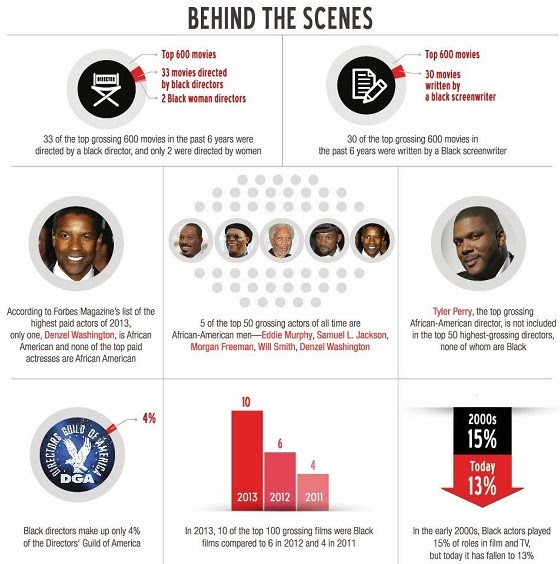 How are you feeling about the state of Black Film and entertainment? Do you think Black Hollywood needs to up the ante? More Genres? More diversity? or are we feeling fine with where it’s at? Leave your thoughts in the comments section below.

Tina Fey is the new face of American Express. One of the few commercials she’s done was featured on Blogher. Blogher is a publishing network that shares women’s voices and perspectives. American Express is offering new credit cards, look out for them on Blogher.

Here is one of the new commercials Tina Fey stars in. Goes to show your talent will definitely make room for you.

Recently Authors Victoria Christopher Murray and Reshonda Tate Billingsley made a visit to Medu Book Store in Atlanta, Georgia at the Greenbriar Mall. The Authors talked about their latest books and their new publishing ventures. Both are leading African-American Authors in the publishing industry who founded Brown Girls Publishing.

The Authors founded Brown Girls Publishing to help get the voices of other talented Writers out into mainstream media.  The partnership between the two Authors has been very productive. Reshonda’s book “Let The Church Say Amen” is set for film adaptation to be produced by Queen Latifah’s Flava Unit Productions, among others and Directed by Regina King. The film will include a cast of notable stars and entertainers, along with a cameo by Reshonda herself.

At Medu Bookstore in Atlanta, the Authors caught fans up with their latest works and introduced one of their new premiere Authors in the Brown Girls Publishing line up. Their latest book “Fortune and Fame” tells the story of Jasmine Cox Larson Bush and Rachel Jackson Adams two first ladies who get caught up in a whirlwind of Drama, Murder, and Reality T.V. with a twist only the partnership of Billingsley and Murray could offer.

At the book signing and event, they shared an excerpt of the book with fans.  A small snippet from the reading was captured. Victoria Christopher Murray reads. Check out the video (below): 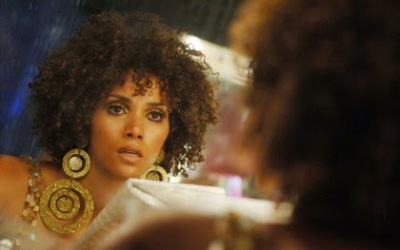 Yeah, So Halle Berry doesn’t have a real mental illness…(that we know of), but in her new movie role Frankie & Alice, Berry will be playing a woman with severe split personality disorder, Medically termed Dissociative Identity Disorder (DID). Based on the true life story of Frankie Murdoch, the film is being re-released by Lionsgate and Codeblack films. Halle talked with Extra in an interview and discussed what created her interest in the role, her new baby, and also her new T.V. show. Her new T.V. show Extant will be directed by Steven Spielberg.

The Movie Frankie & Alice was originally released in Canada in 2010. The movie captures a woman’s struggle to remain herself while fighting with not one, but two alter egos:  a 7-year-old kid “Genius” and a Southern White Racist woman named “Alice”. Berry will be taking the issue of women  “playing many roles” to a whole different level. Frankie & Alice hits theaters today!

Check out the trailer (below)…


Will you being going to see the film? What are your thoughts on the movie? I wanna see it! who’s buying the  popcorn? Leave a comment below. Follow up the convo with me on twitter @aprilinspired.
Image

Do You Have Natural Hair? Interested in being a model? Come out to the Taliah Waajid Spring Model Call Sunday. Taliah Waajid is the Founder of the World Natural Hair, Health, and Beauty Show along with Awesome products!

A few slots are available listed in the image (below):

Think you got what it takes to be apart of a major showcase event? This could be your chance! For more details and information contact the hosts on Twitter @taliahwaajid and Facebook at Taliah Waajid’s Fanpage

Image
A petition has been circulating that has become very popular. The change.org document created by Kenneth Paulk is making big headlines around the web. The creator is serving notice to Artists and big record companies to end the disrespect of black culture, mostly through black artists. The petition is detail oriented and lists all the “dirty” companies clearly by name.
Time will tell if the petition will make a difference in the music and entertainment industry, but the writer is very direct on his intentions. He claims that companies and artists can stop valuing money over quality of content. Digital Media has definitely been given a new platform to Social Justice. The request may be a big leap of faith, but it might not be such a hard bargain. The mission holds good reason and merit, but will merit be enough? check out the details (below):

When you see bad things happening and don’t say anything it will continue forever. Bad things will only stop when good people take a stand against it.

The negative rappers value money and material things more than they value the betterment of their own people, they don’t even care about the damage that their music is doing to us as a people. We would never allow whites or any other groups to make songs against us, and we shouldn’t allow blacks to do it either.

People will only do what you allow them to do, and as black people we are at fault to a large degree because for the last 20 years we have allowed record companies and rappers to degrade us as a people and get a way with it.

Just like other groups of people would never allowed themselves to be disrespected it’s time for black people to show the world that we love ourselves as well.

We must send a clear message to those that have exploited us and harmed us as a people. The best way is through legal action or class action lawsuit against any record company, record distributor or music artist that continues to put out those kind of songs.

The FCC is going to be asked to play a major role in this.

Federal Communication Commission (FCC) president, Tom Wheeler
Will you be signing the petition? Do you think it will make a difference? Leave a comment in the section below.

The First Annual Safe & Sexy World Aids Day Benefit went exceptionally well. It was held at Temple Studios and sponsored by “Let Us Brand It and Smoke Liquor” among others. Proceeds went to the African-American Outreach Initiative. Free HIV testing was on-site along with Guest speakers and hot entertainment. The Event also paid tribute to Freda Jones chair of the (AAOI). 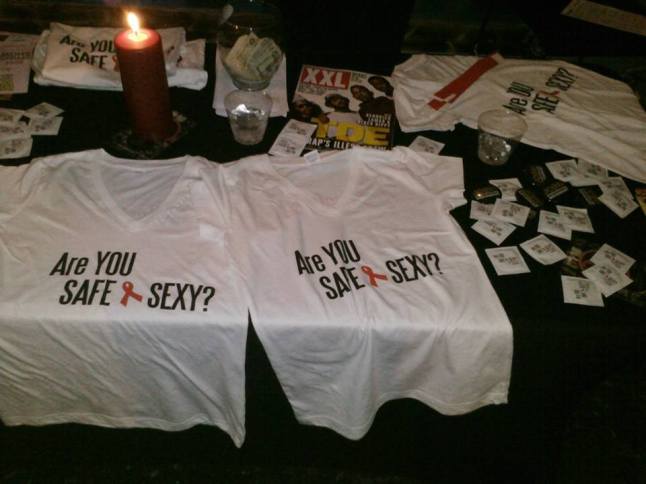 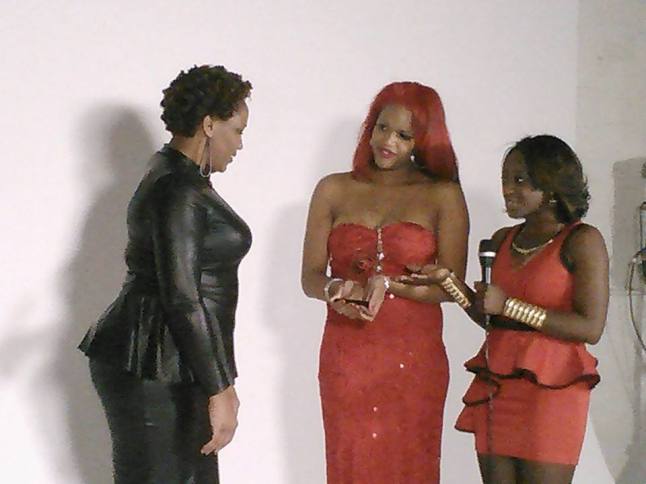 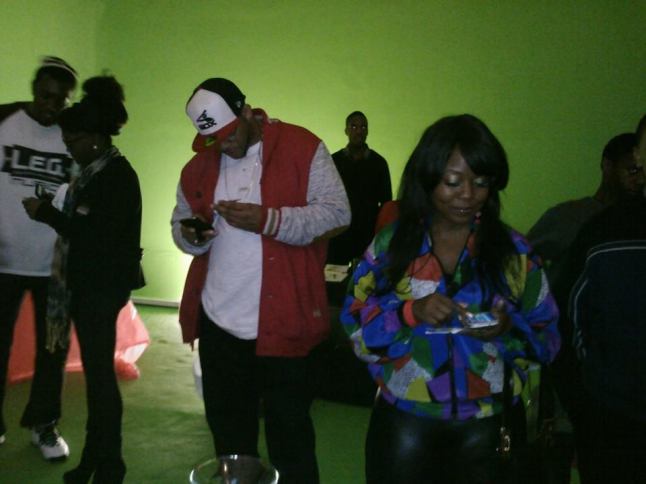 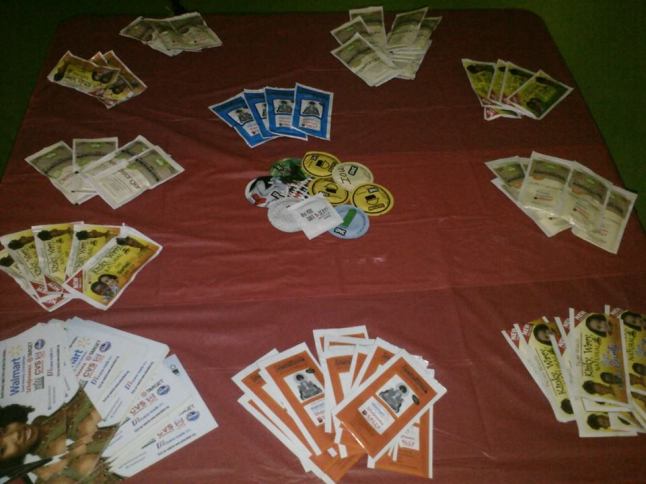